Just when you thought it couldn’t get any better, I bring a whole new level of credibility to the proceedings: A tree in London.

There were a few on top of this building – which is one end of Smithfield Market in London. 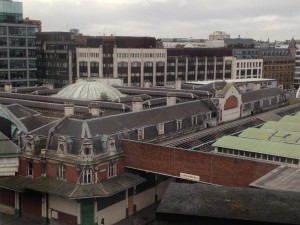 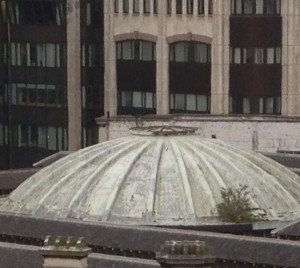 You will notice that most of the pictures are more likely to be of shrubs than trees. Looking at the definition of a tree:

“woody plant having one erect perennial stem (trunk) at least three inches in diameter at a point 4-1/2 feet above the ground, a definitely formed crown of foliage, and a mature height of at least 13 feet.”

It seems unlikely we will see many genuine examples, but you never know.

As such, I think a sturdy shrub or sapling is just as acceptable – but something like a Himalayan Balsam doesn’t count. Having said that, if it’s on a nice building then it doesn’t really matter.